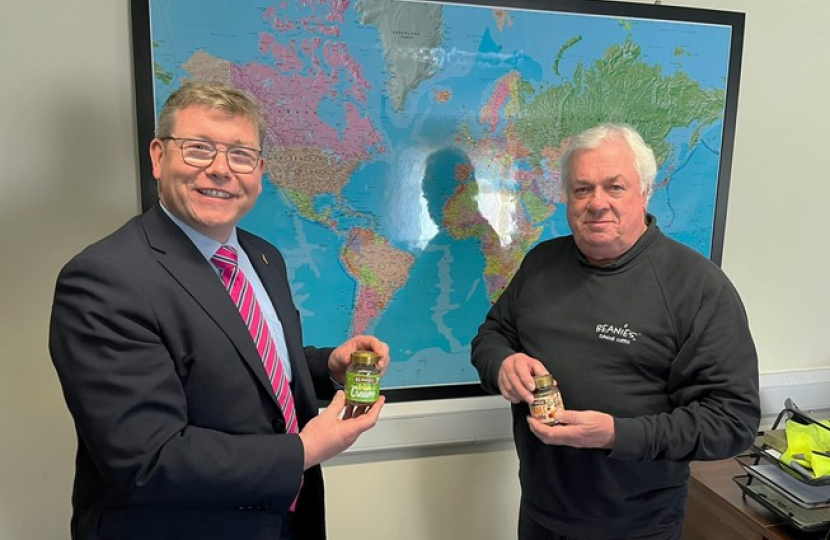 Beanies Flavour Coffee has been awarded a Queen’s Award for International Trade in recognition of its growth and commercial success.

The award comes just months after the Darlington-based company was listed among the North East’s Top 20 fastest growing firms.

It currently exports to more than 30 countries worldwide, including South Africa, India, Malaysia, and Japan. The trade makes up 15 per cent of turnover.

Beanies launched in 2013 and has since gained an international reputation for producing uniquely-flavoured instant coffees – from Sticky Toffee Pudding and Jam Doughnut through to Chocolate Orange and Maple Fudge.

The Queen’s Award for Enterprise in International Trade is the most prestigious award for UK businesses and the endorsement helps further raise the profiles of businesses at home and overseas.

The company, which has ambitious plans to grow the business having achieved an average 30 per cent growth each year for the past five years, has already been named a Northern Powerhouse Export Champion by the Department for International Trade.

John Evans, managing director of Beanies, said: “This Queen’s Award means a great deal to the business, not only does it reward the hard work that has gone into the last nine years, but it truly puts us on a firm footing for developing the next stage our export potential.

“These are exciting times for us and is an example of what can be achieved even for the most modest of companies. Personally, I am very proud of achieving this very prestigious award and for the effort that has gone into it from the whole team here at Beanies. The award means that we can really fly the flag for Britain - and Darlington - around the world to showcase our amazing range of coffee.”

He also praised the support received from Darlington MP Peter Gibson, adding: “Peter has engaged with us extensively, bringing the Secretary of State for International Trade to visit us and encouraging us to explore the Queens Awards – and I’m delighted he did!”

Peter Gibson MP said: “To see Beanies Flavour Coffee, a local firm being recognised at such a national level really underpins the passion, determination, and skills of our town’s workforce.

“The Queen’s Award for International Trade is awarded for outstanding achievement and is the country’s most prestigious business award, and I know first-hand the incredible journey the team at Beanies have been on, and this award is the perfect way to recognise their contribution to enterprise.”