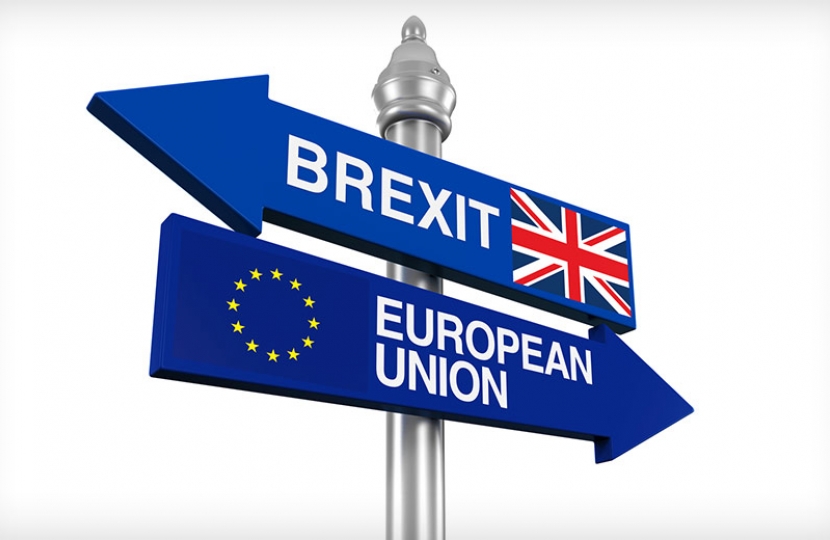 As your Conservative Parliamentary Candidate for Darlington it is important that you know and understand my position on this critically important national issue. I have been asked many questions on this over the past weeks since I was selected.

Should we leave the EU?

The majority of people in this country voted in the largest democratic exercise this country has ever undertaken, and here in Darlington 56% of voters voted to leave. I believe it is absolutely essential that we fulfil the wishes of the British people, and especially for me the people of Darlington’s wishes. Leave, we must. Darlington’s current MP seems reluctant to fulfil the wishes of the people. I am of the view that having entrusted this question to the people all politicians, of whatever colour should deliver on it.

Should we have another referendum?

No. I trust the British people to make up their mind without being asked to be asked twice. Our politicians should deliver on that decision. Darlington deserves to have its voice heard AND respected. Labour continue to take Darlington for granted and ignoring their wish to leave is a further example of this.

How did you vote in the referendum?

I do not describe myself as either a remainer or a brexiteer, I am no fan of these terms which I think over simplifies a complex issue and pigeon holes people into divisive camps. For me the referendum was a difficult decision. As a business owner employing a good number of people, I was concerned about the impact leaving might have on our economy and jobs, but I was also concerned about deepening European integration, and on balance I voted to remain. I am not a remoaner, and I accept that the whole country has made a decision and our politicians should follow through on that and leave we must.  The people of Darlington deserve to have their voices heard and I will ensure that they are, unlike labour who are playing politics, and taking the people of Darlington for granted.

Would you back Boris Johnson’s deal?

I think our Prime Minster has worked extremely hard in difficult circumstances to ensure the greatest possible access to the European markets, whilst stopping free movement, taking back control of our waters, ending the jurisdiction of the European Court, Many said it couldn't be done but Boris managed to renegotiate the Brexit Deal, I believe that the deal fulfils the wishes of the people of Darlington, and to that end I would back the deal and if the deal was unable to be passed i would support No Deal, We must leave the EU.

No second referendum. No delay to Article 50. A deal that delivers on ending free movement, ending jurisdiction of the European Court, and giving control of our money for the people of Darlington and the British people.

Nobody can doubt the scale of the challenge facing our high streets and town centres as we look to rebuild our economy following this pandemic.