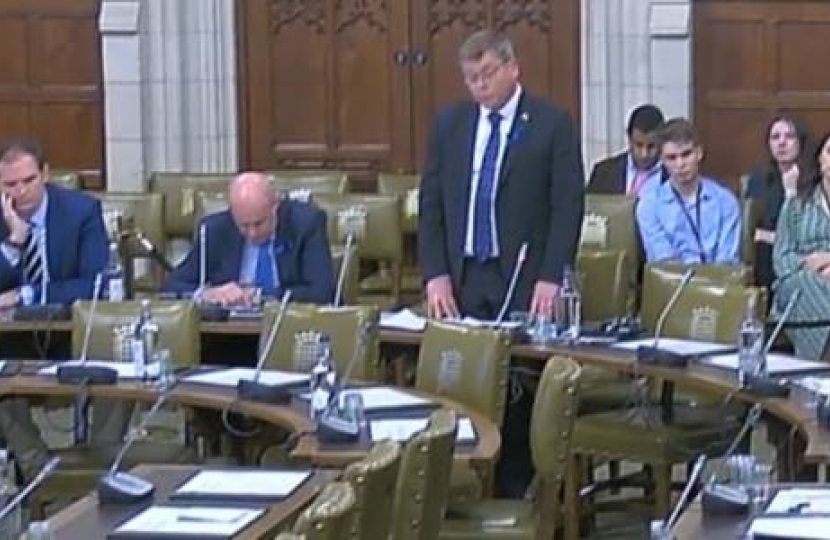 Speaking to the debate Peter Gibson MP said “Since the start of the year, I have been contacted by dozens of my constituents who have raised the difficulties they have had in receiving NHS dental care.

“The issue of access to NHS dental services has sometimes been put down to a lack of adequate numbers of staff, and while there are no doubt certain regional shortfalls, this does not get to the crux of the issue.

“In Darlington while there have been some small fluctuations year on year, since 2011 we have still seen around 330 to 350 dentists in the Tees Valley CCG carry out some NHS activity.

“We must look to the shortcomings in the current system of dental contracts, introduced by Labour in 2006. Under the current system, a dental provider agrees to provide a set number of units of dental activity (UDAs) from April until the following March and the annual contract value is paid in 12 monthly instalments.

“These units are not related to numbers of patients or the extent of the work that needs to be performed, paying similar rates when they are taking out one tooth or doing one filling as compared with doing extensive dental work.

“Dental providers effectively end up being paid less money for more work, with it not being financially viable to provide NHS dental services resulting in providers not taking on NHS patients, or sometimes handing back NHS contracts and focusing on private dental care.

“I do welcome the steps the Government have taken to try and deal with the backlog of NHS dental care, including the provision of £50 million to provide up to 350,000 additional dental appointments in England”