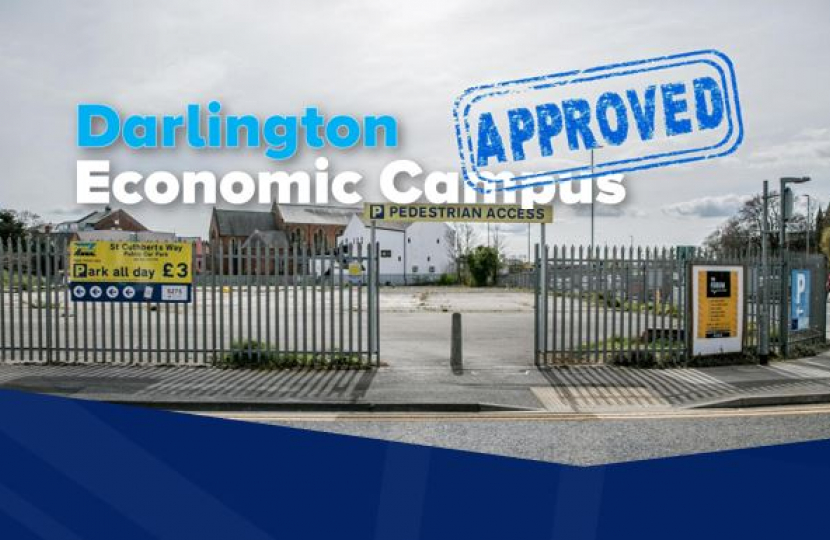 Peter Gibson MP has welcomed the news that the permanent site of the Treasury’s economic campus in Darlington has been revealed.

Brunswick Street, which was one of two sites which had previously been announced as possible locations for the development, will now been the home of the new campus.

Chancellor of the Exchequer Nadhim Zahawi visited Darlington today (25 July) to unveil the permanent site of the campus, which will be built on a former car park off the A167.

There are more than 130 Treasury staff currently working at the temporary government site, Feethams House of which 80% of the roles are taken up by local people within six government departments.

The campus is a key part of the government's drive to diversify policy making, and is part of its levelling up agenda

Peter Gibson MP said “I’m delighted to see that the permanent home of the Darlington Economic Campus has been announced today.

“We know that having access to job opportunities like this enables people to build a better life for themselves and their families. We know that if we can improve employment prospects and the quality of jobs here, we can boost residents' life chances as well as the prosperity of the whole town, stay local, go far”