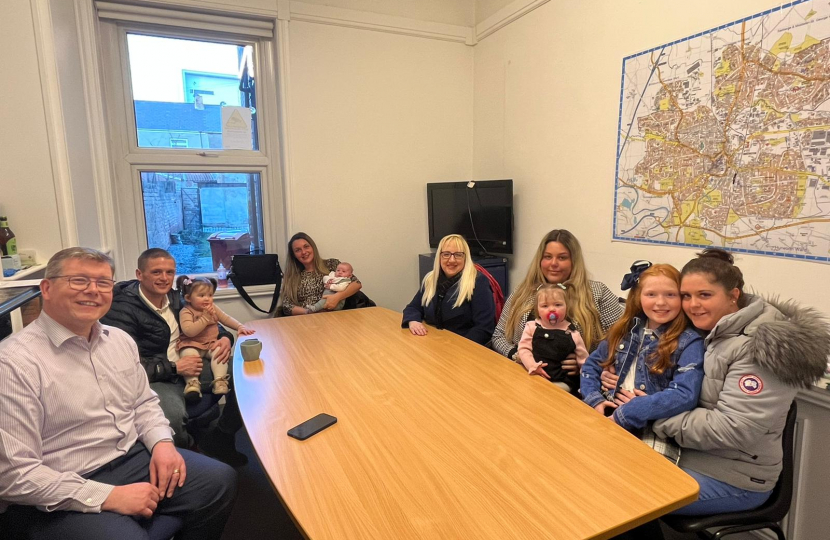 Following a review carried out by the National Institute for Health and Care Excellence (NICE) the drug Kuvan will now be available to patients of all ages suffering with Phenylketonuria (PKU) in England.

1 in 10,000 babies across the United Kingdom are born with PKU, a rare inherited disorder which prevents individuals from breaking down the protein phenylalanine. If untreated PKU can lead to damage of the brain and nervous systems. Sadly, 5 residents in Darlington suffer from the condition.

Peter Gibson, MP for Darlington, has worked with families with PKU across Darlington to voice their concerns to NICE about the lack of availability of the Kuvan drug and in February 2021 all children under the age of 18 were given access to the vital medication. However, this would then mean that when the children turned 18 they would no longer be able to access the drug.

Speaking in a debate about rare diseases in March 2021, Peter described the decision to only recommend Kuvan to those up to the age of 18 as a “bittersweet moment”, as it left a cliff edge in the treatment for adults afflicted with PKU who were not able to access the drug.

Thankfully it was announced in December that Kuvan (sapropterin) will be made available to all adults with PKU, this cliff edge is now gone and all those in need of treatment for PKU will now have access to it.

Peter recently met with Samantha Parker, the only known adult Darlington resident living with PKU and those families affected by PKU in Darlington and was delighted that Samantha along with children Darcy, Mason, Ivy Mae and Lily-Mae will all now have access to this life saving drug.

There are few effective treatments for PKU, this means that sufferers are forced to eat a special diet as well as take essential supplements because their digestive system cannot digest proteins. One treatment, that is made by the American company BioMarin, is called Kuvan. It is widely used across the globe; however, the NHS has been unable to roll it out to all PKU sufferers due to the cost of purchasing large quantities of it.

BioMarin was previously the only company who could produce this drug in the UK. However, their exclusive rights expired in January 2021, which has allowed other companies to make cheaper generic versions of the drug called sapropterin. This has allowed NHS England to strike a deal with Teva UK to provide this more affordable generic version of the drug and make it available to all those who suffer from PKU in England.

NHS England will now roll-out a national genetic testing programme for those who suffer with PKU. This testing process can take between eight and ten weeks and it will ensure that the drug can be offered to all those people suffering from PKU who will benefit from the treatment.

Peter is an active member of the All-Party Parliamentary Group for PKU and has sought to raise the concerns of his constituents with his Parliamentary and Ministerial colleagues. Peter has also been active in Parliament on this matter since he was elected, lobbying Ministers to reconsider treatments for PKU.