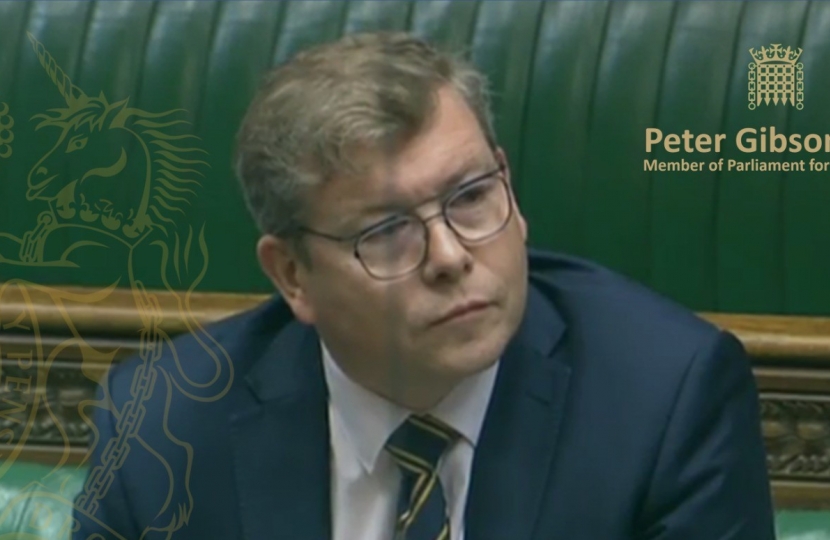 Peter Gibson, MP for Darlington, has called on Jacob Rees-Mogg, the Leader of the House of Commons, to provide the opportunity for MPs to debate the ongoing situation following the Bilsdale Mast fire in August.

Since 13th August, many of Mr Gibson’s constituents across Darlington have been left without terrestrial TV after the mast collapsed following a fire at the site. The collapse of the tower, and the delay of constructing a temporary replacement, has impacted Freeview, DAB and FM radio signals across North Yorkshire, Teesside, and County Durham.

The has been incredibly disruptive problem for many people across Mr Gibson’s Darlington constituency and the wider region who rely on these services.

Mr Gibson used this opportunity to draw attention to its impact on the elderly members of his community. Many elderly and vulnerable people rely on these services for their comfort and for company. Mr Gibson also stressed that the importance that services are restored as soon as possible.

Responding, Mr Rees-Mogg said: “it is an important issue, and I understand that my hon friends attended a meeting with Ministers at DCMS and Arqiva.”

He went on to describe Mr Gibson’s “spot on” point that “terrestrial television channels, such as ITV, are important in the lives of many people especially the elderly and vulnerable who are alone for extended periods and that is an important form of comfort and company.”

Arqiva have confirmed that they have begun moving materials into place for construction of a new mast, which has included the use of 230 helicopter airlifts. Mr Rees-Mogg commented on the importance of this new temporary mast and recognised how its remote location has caused delays in its construction.

Under current plans, Arqiva intend to work round the clock to restore services and hope to have the temporary mast completed by the 8th October.

Freeview and Arqiva have published a manned telephone helpline for information and support and those affected can call them on 0800 121 48228.

Watch the intervention in the House of Commons here: https://fb.watch/8cgmhCssdG/