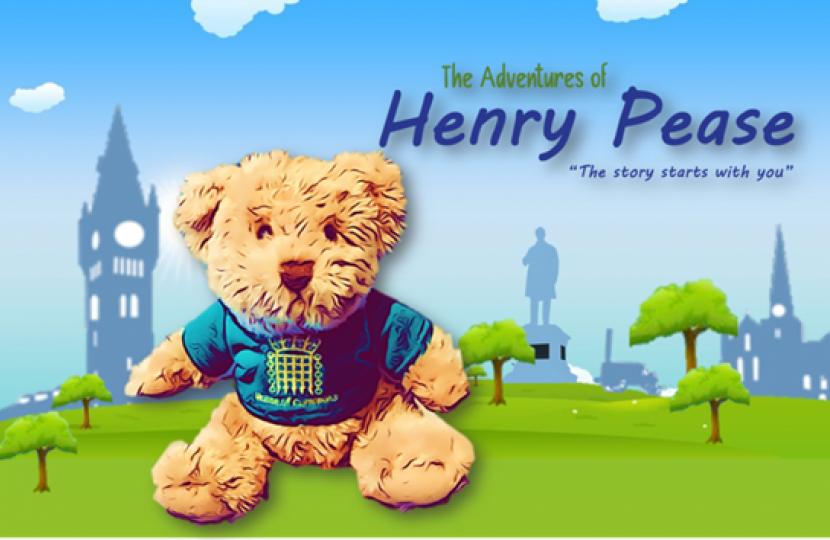 Following the recent launch of the Darlington Autism Forum Facebook group for parents to join in Darlington, to share their stories and experiences of supporting their children with autism, Peter has decided to launch a creative writing competition to raise awareness about autism in Darlington.

The competition invites young writers, Primary and Junior School aged, to write a creative short story about Henry Pease. Henry is aptly named after Henry Pease a former railway owner of the Quaker Pease family of Darlington. Henry, is Peter’s furry colleague who supports in Peter’s engagement with children across Darlington. You can find out more about Henry on Peter’s website by visiting: https://www.petergibson.org/henry-pease-darlington

Peter would like local children to help bring Henry’s character to life by writing a short story of 500 words or less which could be included in book about Henry due to be published later this year. The successful writers will be featured in a story book, The Adventures of Henry Pease, which will be sold to raise money for autism charities across Darlington.

Peter Gibson, Member of Parliament for Darlington, said: “I’ve really enjoyed working with Henry for the past year and I need help from local young writers to shape his character and imagine what adventures he can go on.

“I’m looking forward to reading the creative stories and announcing the winners later this year.”

The competition closes on the 30th June and winners will be announced over the summer holidays. To find out more about the competition visit: https://www.petergibson.org/world-book-day-competition