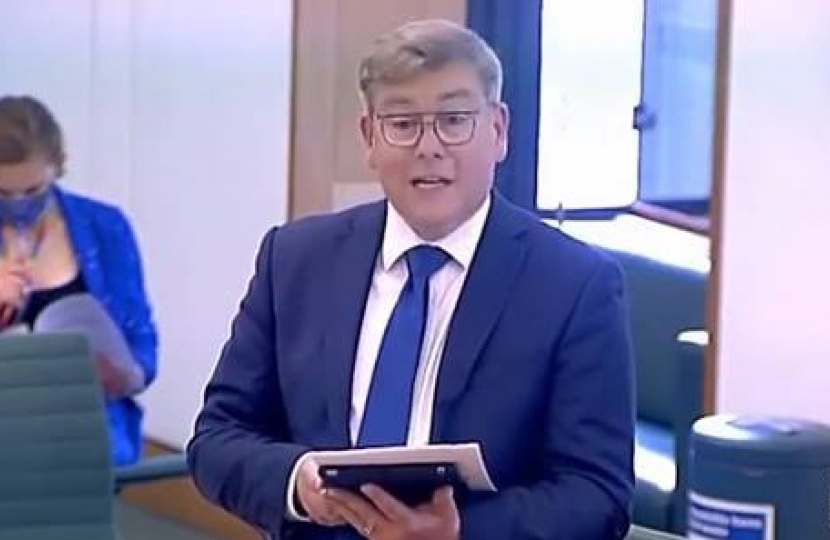 Speaking in Parliament, Peter Gibson, Member of Parliament for Darlington, pushed the Transport Minister to invest in the region’s road infrastructure to improve connectivity.

Following on from the opening speech given by Richard Holden, MP for North West Durham, Mr Gibson highlighted the importance of connectivity to the region’s economy and culture.

The Westminster Hall debate centred upon the A68, which connects Darlington with Edinburgh over 128 miles away. Along the way, this single carriageway links Mr Gibson’s constituency of Darlington with Sedgefield, Bishop Auckland, and Hexham before crossing the Scottish border.

Mr Gibson used his speech to make the case for the Northern Bypass – connecting the A66 with Junction 57 of the A1 – a campaign, which he has championed since his election in December 2019.

Beginning his speech, Mr Gibson highlighted the issues that his currently faced in Darlington: “This missing section causes traffic to snake through residential parts of North Darlington like Whinfield and Harrowgate Hill, causing congestion and emissions.”

Mr Gibson strongly believes that his “campaign, for this long overdue piece of infrastructure is essential to the success of the County Durham economy, its connectivity, and will be key to access to our new free port located throughout the Tees valley.”

While thanking the Government for already delivering infrastructure improvements and local investment for Darlington Mr Gibson went on to say ‘As we build back better, seeking to cut congestion and the consequent waste emissions these road improvements must be central to our recovery.

This new road will cut gridlock and the nightmare that this has caused my constituents in Darlington.”

A Northern Bypass to end gridlock

A northern bypass to end gridlock. A new northern bypass will help cut congestion. So I’m campaigning for a link road between the A66 and junction 59 of the A1. A new road will put an end to the gridlock in residential areas.