Nitrous Oxide use raised in Parliament 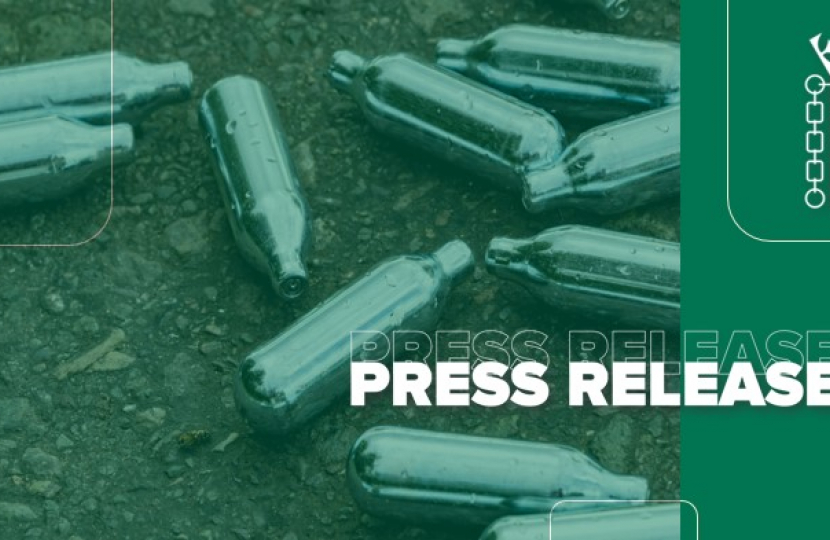 The recreational use of nitrous oxide, also known as "laughing gas", is on the rise among young people in the UK and producing a worrying number of poisonings.

The growing popularity of the substance stems from its availability, low price and ease of use, according to the European Monitoring Centre for Drugs and Drug Addiction (EMCDDA).

Speaking in Parliament this morning (23 Nov) Peter Gibson MP for Darlington said “This is an issue of great concern to me; I have met with Durham’s Police and Crime Commissioner who shares my concern in particular around people driving after using nitrous oxide”.

There is a worrying prevalence of nitrous oxide amongst young people today, with data from the Crime Survey for England and Wales indicating that in 2019-20, 8.7 per cent of 16- to 24-year-olds (around 549,000 people) reported using the drug in the last 12 months.

Not only can nitrous oxide cause serious long-term effects such as vitamin B12 deficiency and anaemia, but it is also commonly used at anti-social gatherings and leads to widespread littering in public places, bringing misery to communities.

While there are legitimate uses for nitrous oxide, such as in medicine, dentistry and as a propellant for whipped cream canisters, those who supply nitrous oxide for recreational use or who are reckless as to whether it will be used for psychoactive effect may be subject to a maximum sentence of seven years’ imprisonment, an unlimited fine, or both under the Psychoactive Substances Act 2016.