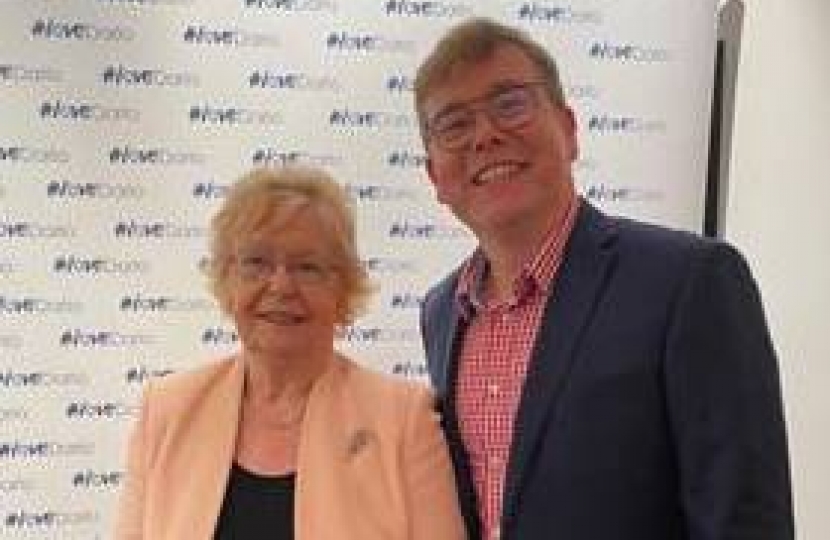 Peter spoke in the debate to raise awareness about the fantastic work that Conservative-led Darlington Borough Council has done for the town since May 2019.

Peter also pointed out the stark contrast in comparison with the way in which the council was run formerly under Labour leadership which saw the reduction of services and the closure or jeopardization of key facilities across the town. Peter highlighted issues such as car parking charges being the highest in the Tees Valley, Crown Street Library on the verge of closing and the lack of prosecutions on fly tipping under Labour leadership. Peter thanked the now Conservative-led council for their hard work in rectifying these problems in Darlington.

Peter Gibson, Member of Parliament for Darlington, said: “Darlington Borough Council has been working incredibly hard for the town and I would particularly like to thank them for the quick and efficient distribution of the £30m of support for local businesses and I understand the council will be publishing the application for the latest round of support shortly.

“The Government has shown itself to be compassionate in the face of our local communities, supportive of our colleagues in local Government and robust in challenging the waste and inefficiency of Labour in Local Government.“