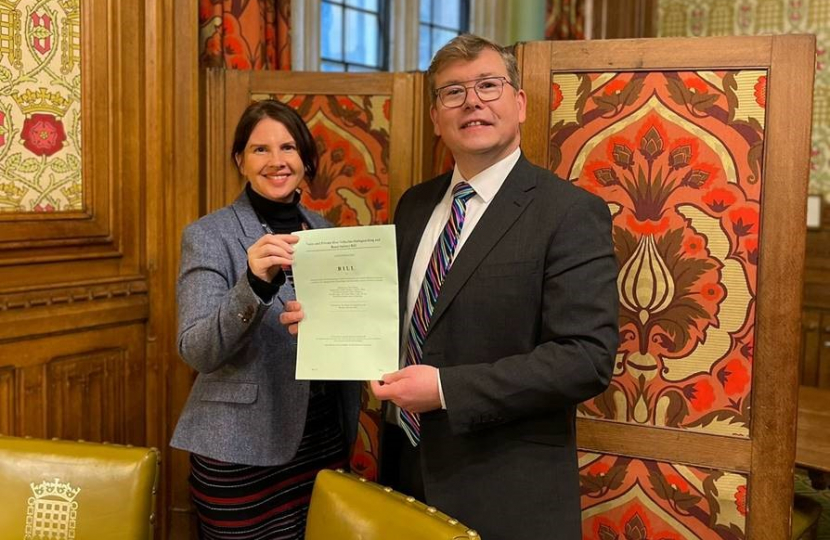 Peter Gibson MP introduced his Taxis and Private Hire Vehicles (Safeguarding and Road Safety) Bill in the hope that it will reform licensing rules for taxis and private hire vehicles and start an overhaul the licensing process, including the safeguarding associated with licensing.

This will be done by encouraging cooperation across local authorities to prevent dangerous drivers obtaining licences.

Speaking about the Act of Parliament Peter Gibson MP said “I’m delighted to have tabled this important and much needed Bill in Parliament.

“This new Act makes changes which will improve the sharing of data on taxi drivers between local authorities and closes a loophole which should never have existed. I am delighted that the Bill has now received Royal Assent and has become law.

“I have been supported by many groups and organisations as well as many cross-party colleagues in the House, who have all been invaluable in their contributions.

“Constituents across England can have more peace of mind knowing that measures have been created in law to make using taxis safer”.

Sian O’Callaghan was tragically murdered by a taxi driver in Swindon in 2011. With the help of the Suzy Lamplugh Trust, her mother, Elaine Pickford, has campaigned relentlessly ever since to improve the quality of regulation in this area.

Speaking about the news Elaine and Liam O'Callaghan, Sian’s brother said “We are so overwhelmed with pride, as a family we are so grateful to see this Bill finally be given Royal Assent and signed off into law.

“As a family we have looked to bring about positive change following from the loss of Sian.

“This campaign has not only given us pride but taken Sian's name from that of a victim to that with a legacy now intertwined with this law. Meaning she is now linked to a drastic improvement in passenger's safety within taxi's and better protecting hard working law abiding drivers themselves.

“This new law by way of sharing information across local authorities and improving the safety checks. Will go some way to ensuring drivers with criminal motive are not able to manipulate the system to gain licenses.

Suky Baker, CEO of Suzy Lamplugh Trust said “We are delighted after years of campaigning that this important Act has received Royal Assent.

“We have continuously campaigned to improve personal safety in taxi and private hire driver licensing. Our research has shown that ongoing loopholes in licensing guidelines may be putting passengers at risk.

“We are continuing to call for national minimum standards for licensing taxi and private hire vehicle drivers in order to overcome the current inconsistencies between policies developed by individual licensing authorities across England.

“Passengers need to be assured that, wherever they get into a licensed vehicle, and whoever the operator or licensing authority is, drivers have been vetted to the highest possible safety standards in order to protect passenger safety. Today is great step towards this goal.”

The Taxis and Private Hire Vehicles (Safeguarding and Road Safety) Act introduces a mandatory database of taxi and private hire vehicle driving licence suspensions, refusals and revocations for all licensing authorities in England.

The Act also creates duties on licensing authorities in England to report safeguarding and road safety concerns about drivers licensed by other authorities, and for those authorities to have a duty to take account of those concerns.