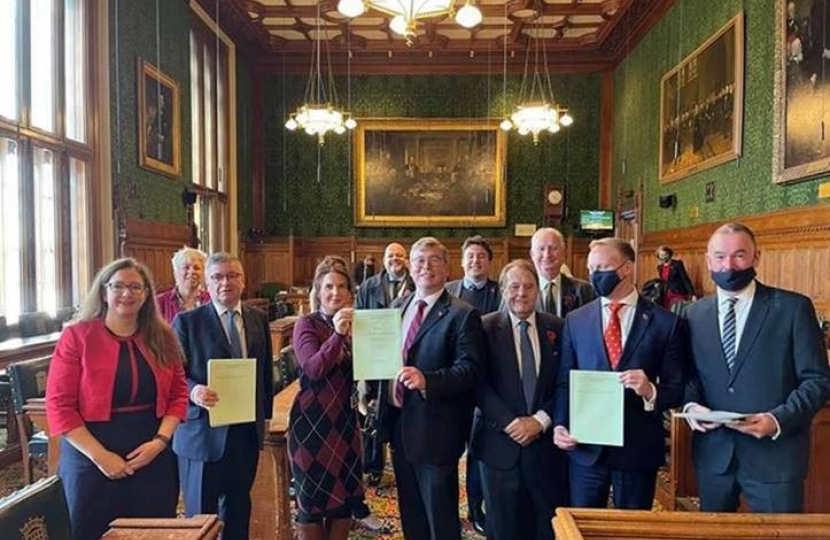 On Thursday afternoon (3 Nov), the Private Members Bill introduced by Darlington MP Peter Gibson passed the Committee stage, meaning the Bill will now proceed to the report stage before going back to the House of Commons for a third reading.

Peter Gibson MP introduced his Taxis and Private Hire Vehicles (Safeguarding and Road Safety) Bill in hope that it will reform licensing rules for taxis and private hire vehicles and start an overhaul of taxi and PHV licensing.

This will be done by encouraging cooperation between local authorities to prevent dangerous drivers obtaining licences.

Speaking at the committee stage of the Bill, Mr Gibson said, “This Bill aims to do two things. First, it introduces a mandatory database of taxi and private hire vehicle driving licence suspensions, refusals and revocations for all licensing authorities in England.

“Secondly, it creates duties on licensing authorities in England to report safeguarding and road safety concerns about drivers licensed by other authorities, and for those authorities to have a duty to take account of those concerns.

“These are essential changes to empower our licensing authorities to continue in their tireless work to keep the travelling public safe by giving them the information they need to make informed licensing decisions.”

Robert Buckland MP for South Swindon said “I was very keen to see the Bill introduced when I was in office, and I am hugely grateful to my hon. Friend the Member for Darlington for bringing it forward with Government support.

“Sian O’Callaghan was tragically murdered by a taxi driver in Swindon in 2011. With the help of the Suzy Lamplugh Trust, her mother, Elaine Pickford, has campaigned relentlessly ever since to improve the quality of regulation in this area.

“I want to put on the record my personal thanks to her and her family for everything they have done with such dignity since the dreadful events of 10 years ago, when I was still a fresh-faced Member of Parliament. Therefore, for local and personal reasons, I am particularly pleased that this measure has been brought forward with the support of the Government.”

Adding her support for the bill Sarah Champion, MP for Rotherham, said, “I begin by thanking the hon. Member for Darlington for bringing forward the Bill. It is much needed and very sensible.”

Adding to the debate Trudy Harrison MP for Copeland said “I would like thank the Member for Darlington for the sheer amount of work and dedication he has invested in bringing this private Member’s Bill forward.

“Passenger safety in taxis and private hire vehicles is a priority for this Government, which is why we are keen to support the legislation.”

Summing up the committee debate Peter Gibson MP said, “The Suzy Lamplugh Trust have been incredibly supportive of the Bill. It would be a fitting tribute to Sian if the Bill were to become known as Sian’s law.”