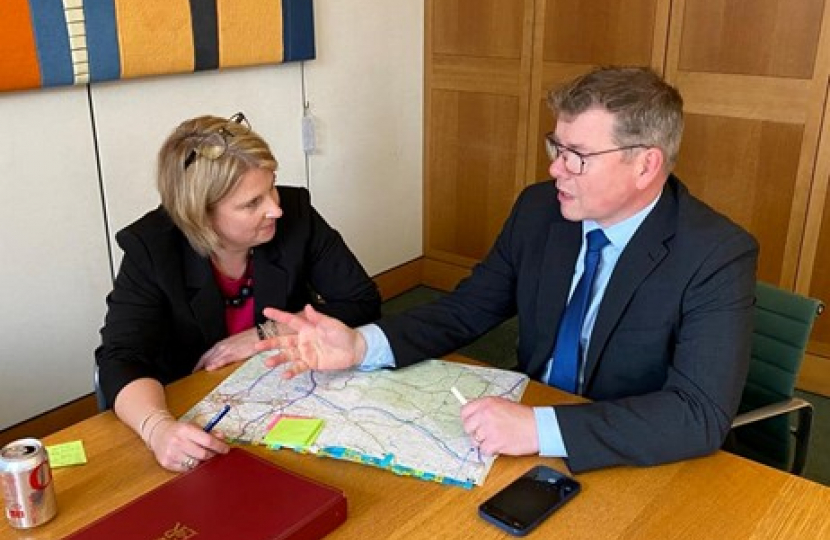 Peter Gibson MP for Darlington met with the new Roads Minister, Katherine Fletcher MP today (25.10.2022) to press the case for a Northern Link Road in Darlington.

Peter Gibson MP used the meeting to further make the case for the Northern Bypass, which would see a new connection between J59 on the A1 and Great Burdon on the A66

A campaign which he has championed since his election in December 2019 and has raised in Parliament a number of times, including during a Westminster Hall Debate in June 2021.

This much needed connection will relieve the congestion and emissions in North Darlington and open up the Teesside and County Durham economy even further.

“A Northern Bypass for Darlington is long overdue and is essential to the success of County Durham’s economy, the bypass would certainly improve connectivity within the wider Tees Valley and will be a key access route to our new free port located in Teesside.”