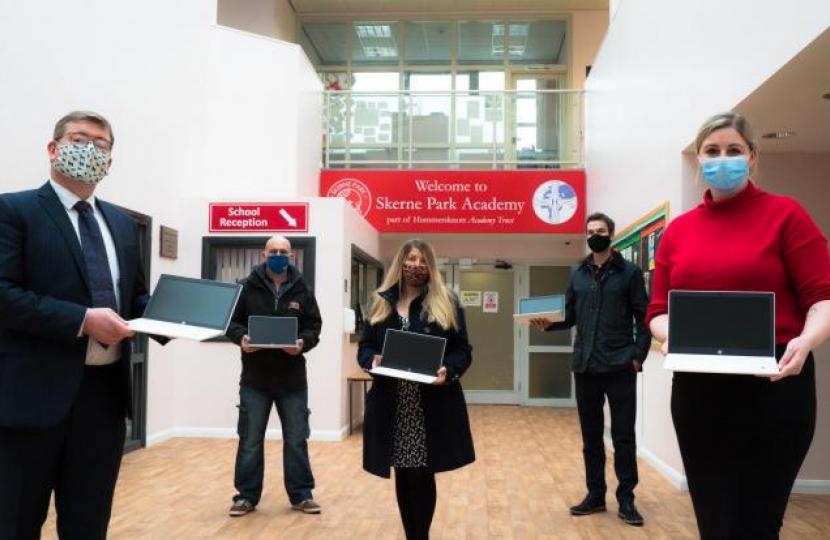 Co-Chair of the Levelling Up Awards Peter Gibson MP said “Levelling up can be a reality for communities up and down the UK. These awards show the fantastic work already going on to level up our communities from digital skills to health. This is a crucial moment for our country and it is brilliant to celebrate some of the work underway in our communities to build back better.

“I am delighted that Skerne Park Academy have been recognised for the incredible work that they do.”

The categories are based around the ‘Levelling Up Goals’ launched earlier this year by former Education Secretary Rt Hon Justine Greening. The Goals provide a benchmark for activity focused on driving equality of opportunity from early years through to careers, alongside barriers such as the digital divide, health and infrastructure.

Seema Kennedy OBE said: “A huge congratulations to our winners who have shown that they are playing a key role in helping their communities level up. Accelerated by the pandemic, we are seeing a massive shift in expectations of organisations within society and the 2021 Levelling Up Goals Awards celebrate those that are leading the way in being truly purpose-led.

Former Education Secretary Rt Hon Justine Greening said: “The Levelling Up Goals are the UK’s first levelling up architecture and give a clear benchmark for organisations to measure their impact against. Levelling up is something that needs to be addressed throughout the UK and it's great to see so many influential organisations and leaders at the forefront of the agenda.

“I’d like to congratulate all the winners of the first Levelling Up Goals Awards and thank them for their commitment to levelling up.”

The Levelling Up Goals Awards are sponsored by the Harrison Centre for Social Mobility, which supports organisations across the UK that work with young people to achieve their potential.

The Search Is on To Find Darlington’s Spookiest Home

Peter Gibson, MP for Darlington is searching for the spookiest house in Darlington and is looking for constituents to share pictures of their decorated homes celebrating Halloween this year.