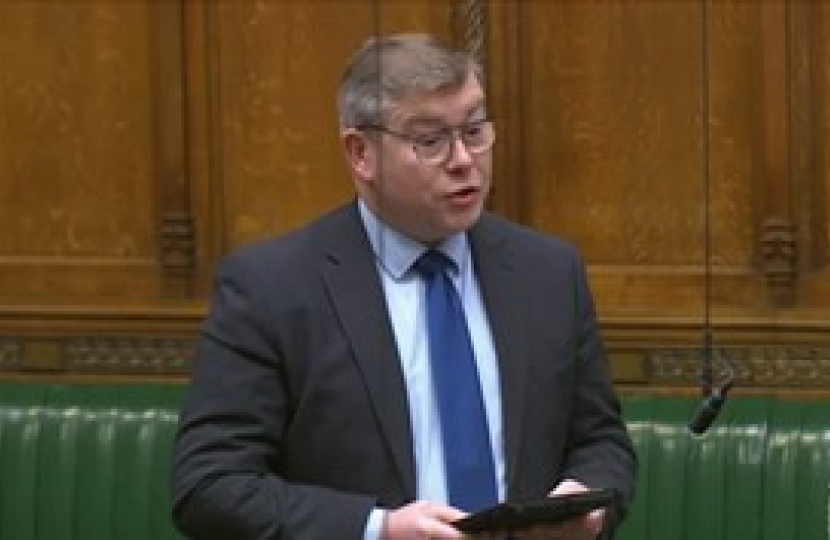 Peter Gibson MP spoke in Parliament to further make the case for the Northern Bypass, which would see a new connection between Junction 59 on the A1 and Great Burdon on the A66.

Speaking in the House of Commons Peter Gibson MP said “Can I thank the Government for all that they are doing to improve connectivity at Darlington, including the £135 million pounds invested in Bank Top Station, but my constituents in places like Harrowgate Hill and Whinfield still suffer from congestion and emissions on the roads, can the minister guide me as to what more I can do to ensure that we ease this gridlock by delivering a northern link road”

Responding the Parliamentary Under Secretary of State (Roads and Local Transport) Richard Holden MP said “We have worked together on many local transport issues and National Highways continues to work with the Tees Valley Combined Authority have worked closely developing proposals for Darlington Northern link road, connecting the A66 and junction 59 of the A1.

This missing section causes traffic to snake through residential parts of North Darlington like Whinfield and Harrowgate Hill, causing congestion and emissions.

An issue which Peter Gibson has championed since his election in December 2019 and has raised in Parliament a number of times, including during a Westminster Hall Debate in June 2021 and more recently in a meeting with the Roads Minister, Katherine Fletcher MP.