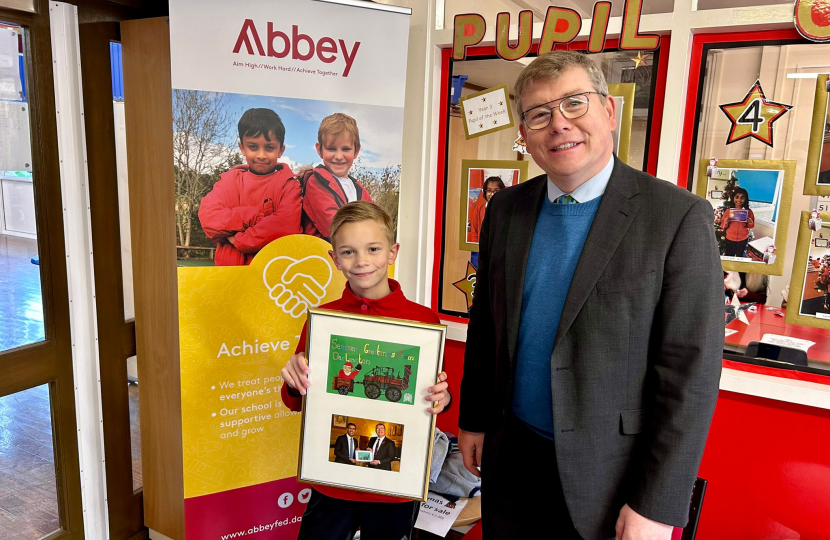 A Locomotion No1 design has been chosen as the winning entry for Peter Gibson’s Christmas Card Competition.

Earlier this year Peter wrote to schools across Darlington and invited Primary and Junior School children to design his Christmas Card for 2022.

The winner of this year’s Christmas Card Competition is Luke Howland, with his creative drawing of Locomotion No1 featuring Santa being pulled along. Locomotion No. 1 is an early steam locomotive that was built by the pioneering railway engineers George and Robert Stephenson.

In September 1825, Locomotion No. 1 hauled the first train on the Stockton and Darlington Railway, and became the first locomotive to run on a public railway. 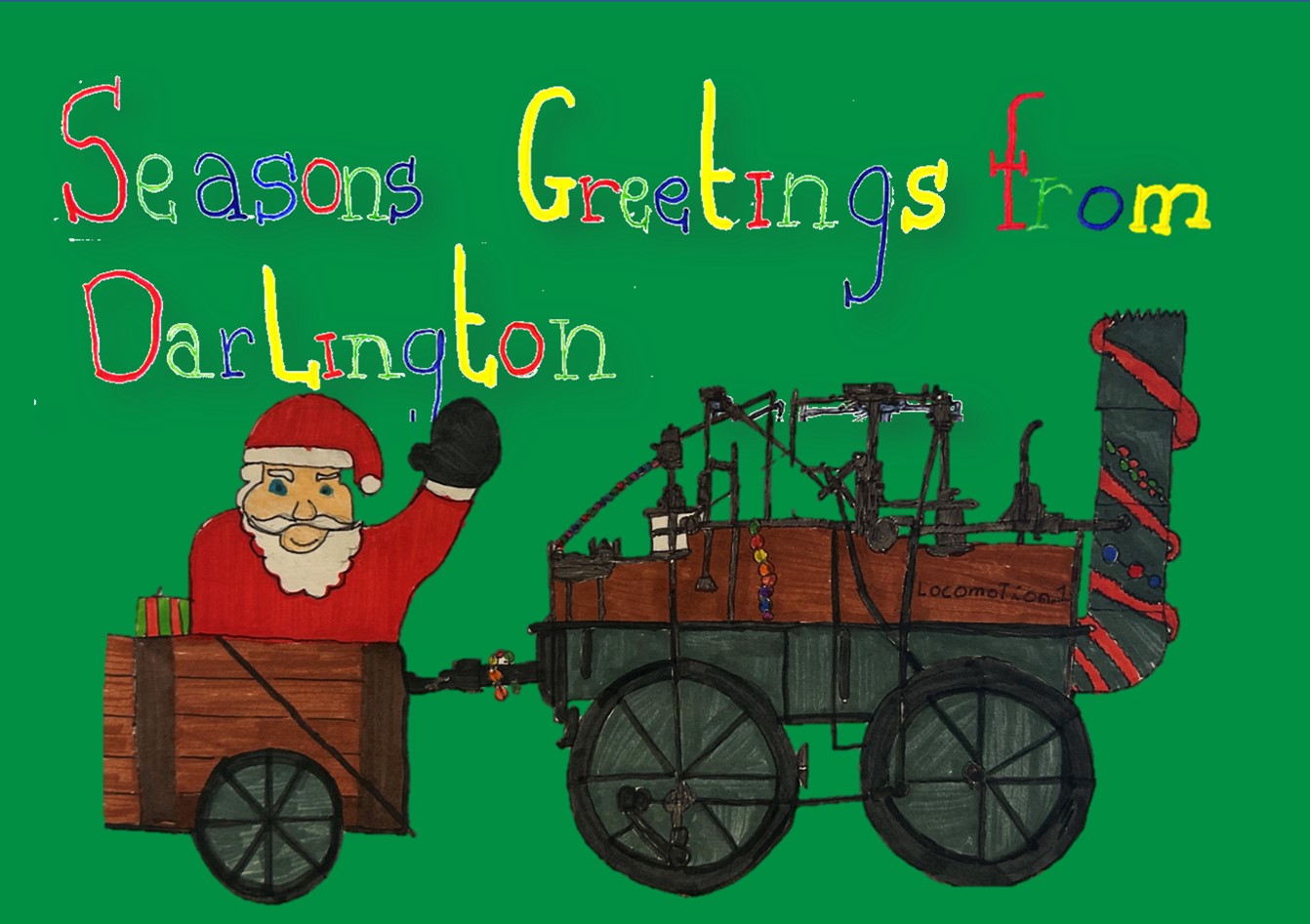 Luke, who attends Abbey Primary School, beat off competition from nearly 500 entries to emerge as the overall winner in the annual competition. Luke was today presented with a personalised trophy, certificate and picture of Prime Minister Rishi Sunak with his card design. The runners-up also received a certificate.

Peter Gibson, MP for Darlington, said: “Luke has done a great job drawing Locomotion No1 a fitting tribute to our railway heritage. I especially liked Santa featuring in the design and the festive decorations around Locomotion No1”

The two runners-up are Michael Peacock, aged 3, from Mount Pleasant Primary School for his colourful depiction of a Christmas Tree, and Harrison Shutt, aged 10, from Whinfield Primary for his creative reindeer design.

Peter’s Christmas card will be sent to key stakeholders in Darlington. The Prime Minister and his Ministerial colleagues will also receive a card.