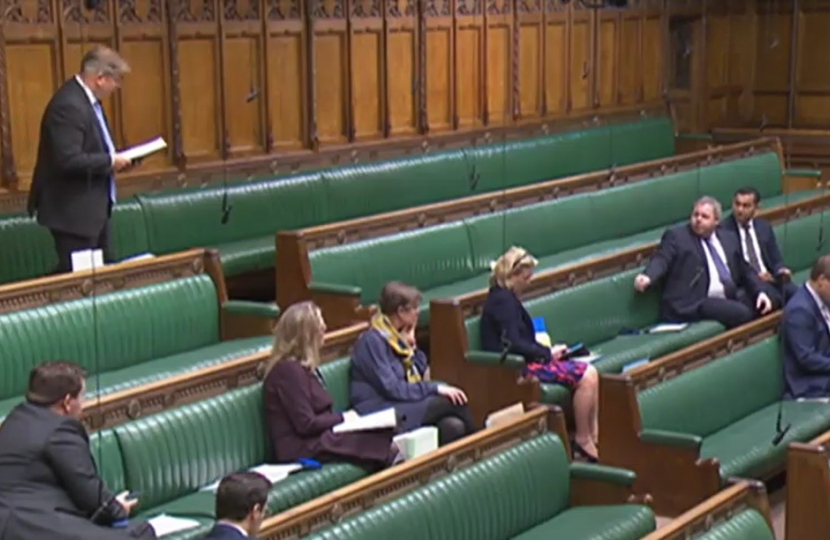 Peter Gibson MP has supported the Child Support Collection (Domestic Abuse) Bill as it was debated and passed its second reading in the House of Common’s today (28/10/22).

This Private Members’ Bill was tabled by Sally-Ann Hart, the MP for Hastings and Rye, it seeks to amend primary legislation to change the arrangements for the collection of child support maintenance in cases involving domestic abuse.

This Bill would allow a Child Maintenance Service (CMS) case to use the Collect and Pay service if one parent (either receiving or paying) objects to using the Direct Pay service on the grounds of domestic abuse by the other parent.

If passed, this Bill will improve the Government’s offer to victims of domestic abuse in how they receive child maintenance payments, which often form a vital part of a recipient’s overall income and finances.

Speaking in the debate, Peter Gibson said “My Honourable Friend’s Bill is a hugely commendable piece of legislation, putting further steps in place to right a wrong that has existed in the Child Maintenance Service payment system since its inception and provides another layer of protection to some of the most vulnerable in our society, preventing an abuser from further torturing those who have escaped from a cycle of abuse”

The bill secured cross party support, passing its second reading without the need for a division. It will now continue its legislative journey through the House of Commons.