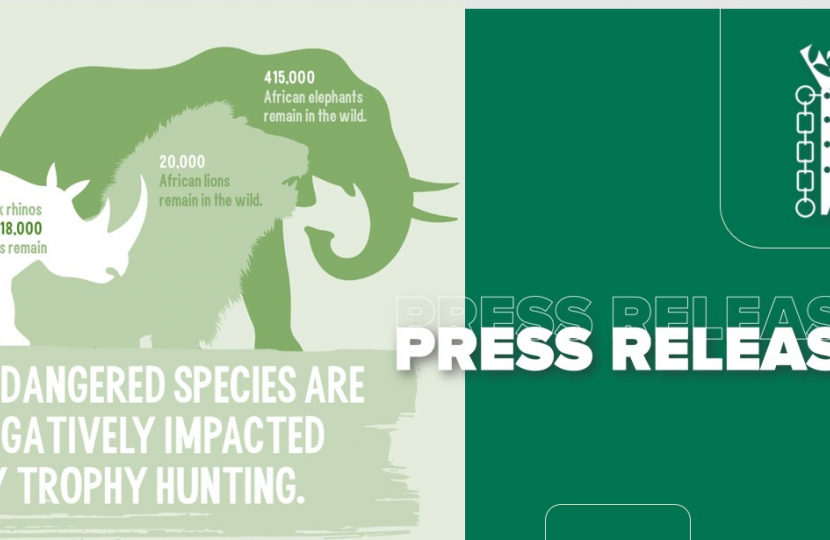 Peter Gibson MP has supported the Hunting Trophies (Import Prohibition) Bill as it was debated and passed its second reading in the House of Common’s (25 Nov 2022).

The Bill was introduced in the House of Commons on 15 June 2022 by Henry Smith MP for Crawley. The Bill seeks to make provisions in law to prohibit the import of hunting trophies into Great Britain.

Since the 1980s, an estimated 25,000 animals which have been slaughtered have been brought into the UK and this Bill will introduce a ban on importing these hunting trophies, that will become one of the strictest in the world, leading the way in protecting endangered animals.

The bill has had widespread support among animal welfare organisations and secured cross party support, passing its second reading without the need for a division. It will now continue its legislative journey through the House of Commons.

Speaking during the debate, Peter Gibson highlighted his opposition to Trophy Hunting and his wholehearted support for the ban this Bill would introduce. Mr Gibson stated that “at the crux of this issue we must call trophy hunting what it is, a moral wrong.”

Further, Mr Gibson highlighted the work the Government has already done to tackle the illegal wildlife trade, including the Ivory Act and the work of the Illegal Wildlife Trade Challenge Fund.

Mr Gibson said “I strongly support the tough action we in this country take to tackle the illegal wildlife trade and protect endangered animals and plants. But Madam Deputy Speaker, we can always go further and do more and that is exactly what this bill does.”