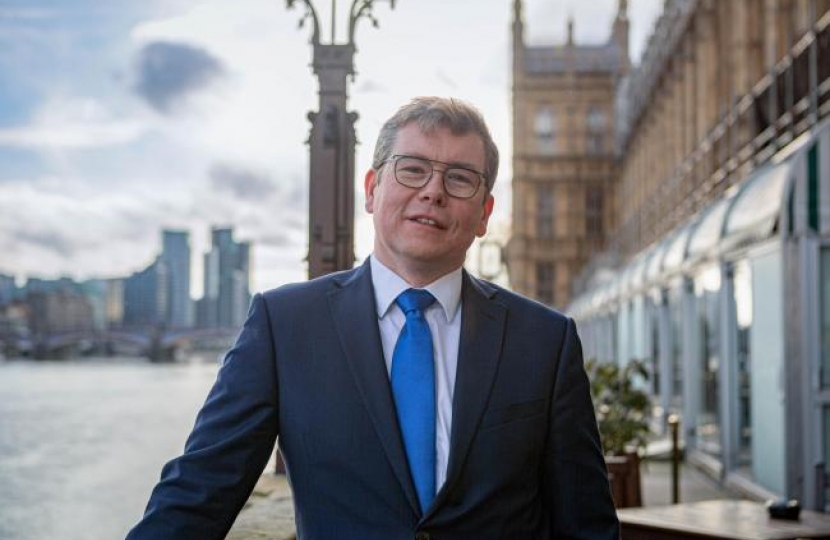 Learning the ropes of Parliament, navigating the corridors and the protocol has been a fascinating and sometimes frustrating journey. The chamber is not where the really great work of Parliament is done, it is on the select committees and I’m on the Women & Equalities Committee which holds the Government’s Equalities Office to account. This has been particularly topical as we are holding an inquiry into the impact of Covid on minorities.

All Party Parliamentary Groups work in the background and I have joined many, from Heritage Rail to Social Mobility. In fact, I am the acting chairman of the Social Inclusion group, which has held an urgent inquiry into the impact of Covid 19 on inclusion. The interim report has been published and the next stage will look at how we mobilise the volunteering effort that has emerged from the pandemic.

Despite its ancient traditions and customs, the past few months have shown Parliament, under the leadership of the new speaker Lyndsey Hoyle, to be progressive with virtual participation and remote voting enabling many of us to continuing to participate from home during lockdown. However, let me tell you that sitting in your home office for four hours waiting to speak in a debate and then not being called is incredibly frustrating.

I am deeply engaged in the committee stage of the Domestic Abuse Bill which will provide groundbreaking landmark protection for victims and establish a Domestic Abuse Commissioner. Having worked with a number of victims of horrific abuse in my first few months, I know how important this is.

In a normal year, an average MP communicates with around 1,500 constituents. So far in the first six months, my tally is approaching 3,000, with almost half of that being in the past three months.

We have helped people of Darlington return to the UK from Peru, Iraq, Florida, India, Egypt, New Zealand and Morocco and many other countries besides. We’ve provided assistance to furloughed employees, the self employed and to business owners. We’ve assisted first time benefit claimants, and those with delayed hospital appointments. We’ve liaised with almost every major employer in town on the issue of social distancing and furlough.

The support given in financial terms by the Chancellor has been truly astounding as demonstrated by the simple statistic that more than 9,000 people in Darlington are receiving furlough payments.

I’ve spoken with every school head, and participated in weekly calls with the chief constable, the chief executive of our hospital, and the leader of the council. I have also made contact with many of our care homes. The provision of PPE was a large feature of my work in the early stages and the efforts in Darlington were superb, with excellent work done by our local resilience forum and the local council.

I have been overwhelmed by the remarkable efforts of our community. From the sterling work of the Mowden pub and Maggie’s Place, the coronavirus support group and those who volunteered to make scrubs, it has been a truly remarkable effort.

Politicians are judged by their results ¬¬– it still feels a bit weird using that term to describe myself, a little like the first few months of when I qualified as a solicitor. Who? Me? Oh yes, I guess I am.

I had a clear vision in the election campaign of what I want to achieve for our town, and my campaign literature and my promises are pinned to the wall in my office in Westminster as a daily reminder.

Getting Brexit done was key to the Conservative success in Darlington, ending the dither and delay and that has been achieved.

Committing more to our health service has been enshrined in law in the NHS Funding Bill. We are starting to see the delivery of more police officers with new recruits already hitting the streets across County Durham.

On the infrastructure front, Rishi Sunak committed the additional £73,000,000 for the work at Darlington Bank Top Station, on top of the £25,000,000 from Ben Houchen, meaning that we will shortly see work start, hopefully using locally produced materials and employing local contractors.

The bypass/link road connecting the A66 to the A1 at junction 59 is key to our local infrastructure, and there is not a week goes by that it is not on my agenda in meetings with ministers. Following on the announcement of the upgrade of the A66, the commitment of the Government to investment is plain to see and I see my role for Darlington in continuing to push for this road.

I continue to champion the push for central government departments to relocate jobs to our region and working closely with Ben Houchen, the council, and ministers I am hopeful of positive news on this front.

I continue to work on our town centre, its market - which is now relocated to the Market Square - and the increased provision of housing, which is central to the rejuvenation of our town, and I am pushing for a successful bid for funding from the Future High Streets Fund which will greatly assist this.

I had planned to visit every school this year, and indeed welcome groups to Parliament, but both of those ambitions have been curtailed by the pandemic. Zoom meetings have allowed engagement to continue.

My plan to re-establish the Darlington schools’ debating competition is making progress and I look forward to being able to fully launch it in September.

Isolation of our older people is a key concern and I had plans to host an event this summer bringing together a range of organisations to showcase the options here in Darlington. Sadly this has had to be delayed but will be on the agenda early in 2021.

Six months in, I can honestly say I have never worked so hard, but I have never been more satisfied with the work I am undertaking.

The satisfaction of helping those who reach out for assistance is fantastic reward. From securing the immigration status of a resident, helping to restore a telephone line for an 80-year-old lady who was without a phone for months, to learning in the chamber that the Chancellor is investing in our railway station or that the Prime Minister backs our campaign to save Locomotion No 1, this really is one of the best jobs in the world.

-Originally published in the Northern Echo-

MTE has been successfully awarded its 20th consecutive Gold Award granted by the Royal Society for the Prevention of Accidents (RoSPA). This prestigious annual scheme recognises those demonstrating the highest levels of health and safety standards in the workplace.