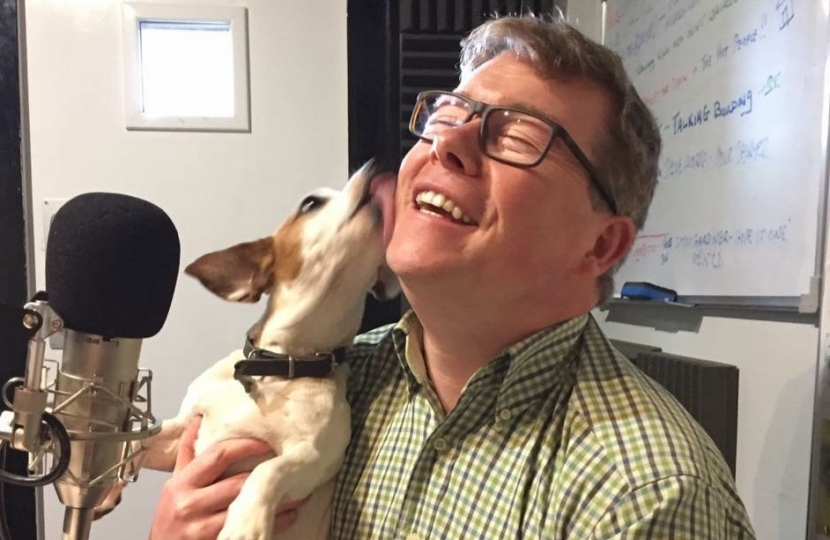 Peter Gibson MP for Darlington and his ten-year-old Jack Russell Terrier Clemmie are taking part in a ‘paw-litical’ contest to be named top dog in the Westminster Dog of the Year Competition 2022. The annual event run by Dogs Trust and the Kennel Club is taking place on Thursday 15th September.

The coveted event returns for its 29th year and is open to all dog loving MPs and their four-legged friends of all ages, breeds, shapes and sizes – pedigree and crossbreed alike, to compete for Parliament's pooch at the year, held at Victoria Tower Gardens in London.

In 2021 the title and public vote was awarded to French Bulldog Vivienne and the late Sir David Amess MP who tragically died last year, the public vote prize has been renamed the Sir David Amess Pawblic Vote Award, to commemorate Sir David, who was a dedicated dog lover and carried out extensive work to improve and protect dog welfare throughout his life.

Organised jointly by Dogs Trust and the Kennel Club, Peter Gibson MP has the unique opportunity to celebrate his canine companion Clemmie, as well as raise the awareness of an important issue and concern many dog-owners face.

This year the event focuses on fireworks, which can sadly cause great distress to dogs throughout the year. The competition will provide a platform for guidance on how dog owners can minimise the stress experienced by their pets, as well as encourage the government to explore what can be done to better regulate the use of fireworks across the UK, including limiting events to organised and regulated displays.

Proud owner, Peter Gibson MP explains “Clemmie enhances my day-to-day life with her enthusiastic greeting and loyal companionship. She’s my biggest supporter and deserves the centre stage after all her years of dedication and service on the ‘pawlitical’ trail.

“Dog ownership has risen significantly over the past two years, and this occasion is a great opportunity to support all dog-owners throughout the UK, in shining a light on an important matter, such as fireworks, which sadly causes worry and stress to many people and their beloved pets. The control of fireworks needs to be considered for organised displays only.”

The contest also includes a ‘paw-blic’ vote, the newly named Sir David Amess Pawblic Vote Award, in which MPs are seeking votes from their supporters for their dogs.

Additional judging will be carried out on the day by representatives from Dogs Trust and the Kennel Club, who will consider the contestants on their dog-related deeds.

Details of how to vote can be found here www.thekennelclub.org.uk/events-and-activities/events/westminster-dog-of-the-year

Today the Conservative Government delivered The Growth Plan – setting out support for families with their energy bills and unleashing a new era of growth through tax cuts and investment incentives.