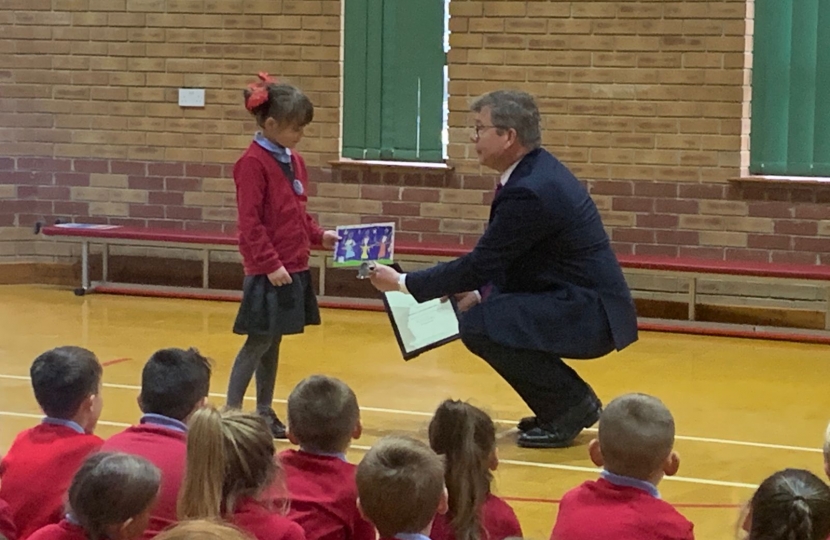 A three angels design has been chosen as the winning entry for Peter Gibson’s Christmas Card Competition.

Earlier this year Peter wrote to schools across Darlington and invited Primary and Junior School children to design his Christmas Card for 2021.

The winner of this year’s Christmas Card Competition is Alexis Mitchinson, aged 6, with her creative drawing of festive angels.

Alexis, who attends Firthmoor Primary School, beat off competition from nearly 500 entries to emerge as the overall winner in the annual competition. Alexis was presented with a personalised trophy and certificate last week. The runners-up also received a certificate.

Peter Gibson, MP for Darlington, said: “Alexis has done a fantastic job, I especially liked the level of detail needed to create the winter night sky.”

Ann Dixon, Headteacher at Firthmoor Primary School said” I am delighted that Alexis was chosen as the overall winner of the competition with her 'angels' Christmas card.

“The pupils thoroughly enjoyed taking part.  Alexis and her fellow pupils really enjoyed Mr Gibson's visit to our assembly when he presented the trophy".

The two runners-up are Nikoleta Bila, aged 8, from Skerne Park Academy for her colourful depiction of a snowman, and Luke Howland, aged 8, from Abbey Federation for his creative town clock.

Peter’s Christmas card will be sent to key stakeholders in Darlington. The Prime Minister and his Ministerial colleagues will also receive a card. 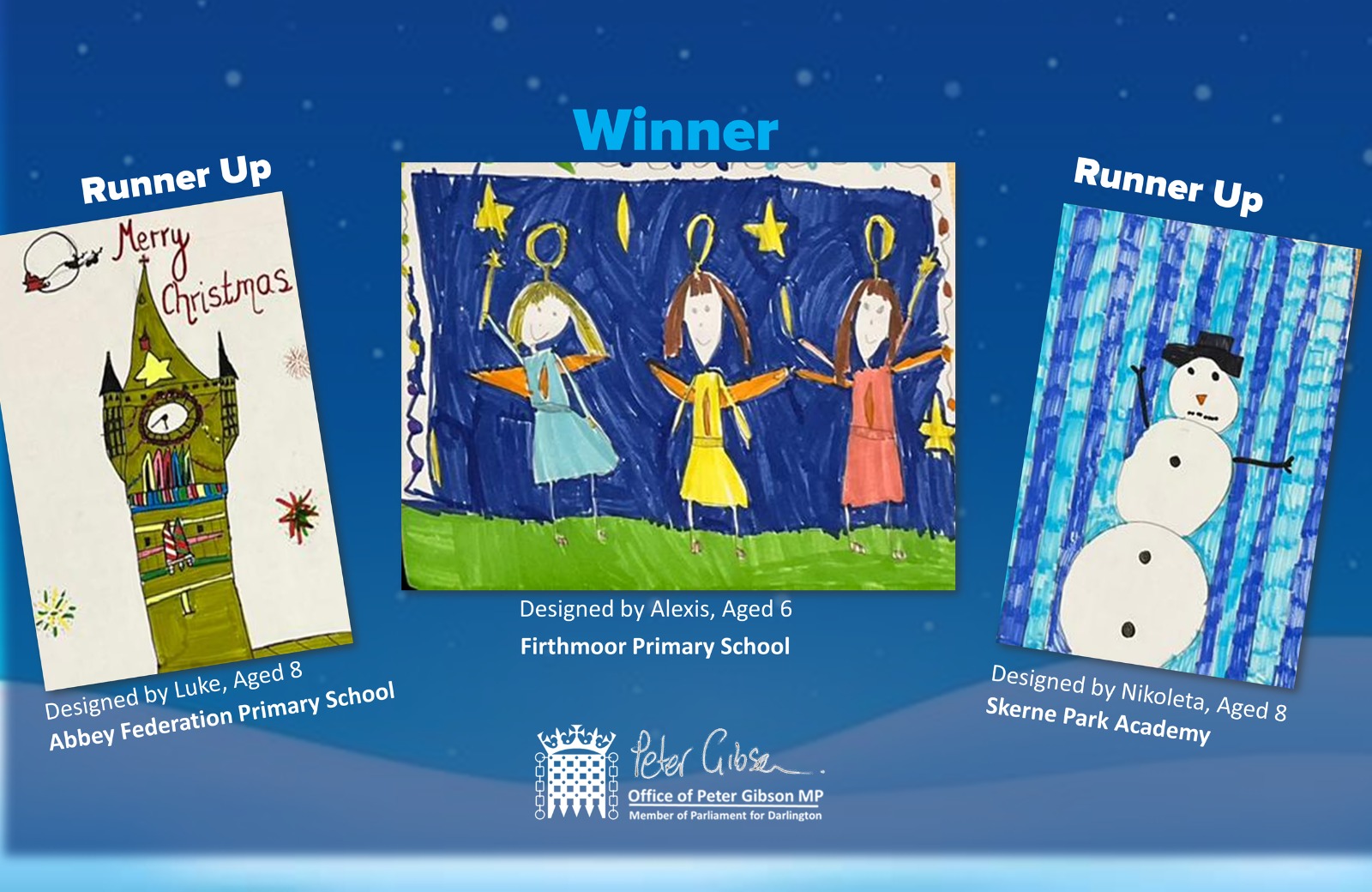 This morning  (21 Jan), the Private Members Bill introduced by Darlington MP Peter Gibson passed its third reading in the House of Commons, meaning the Bill will now proceed to the House of Lords.